Brisbane to Myanmar - Lets Start Off With Straight Up Adventure 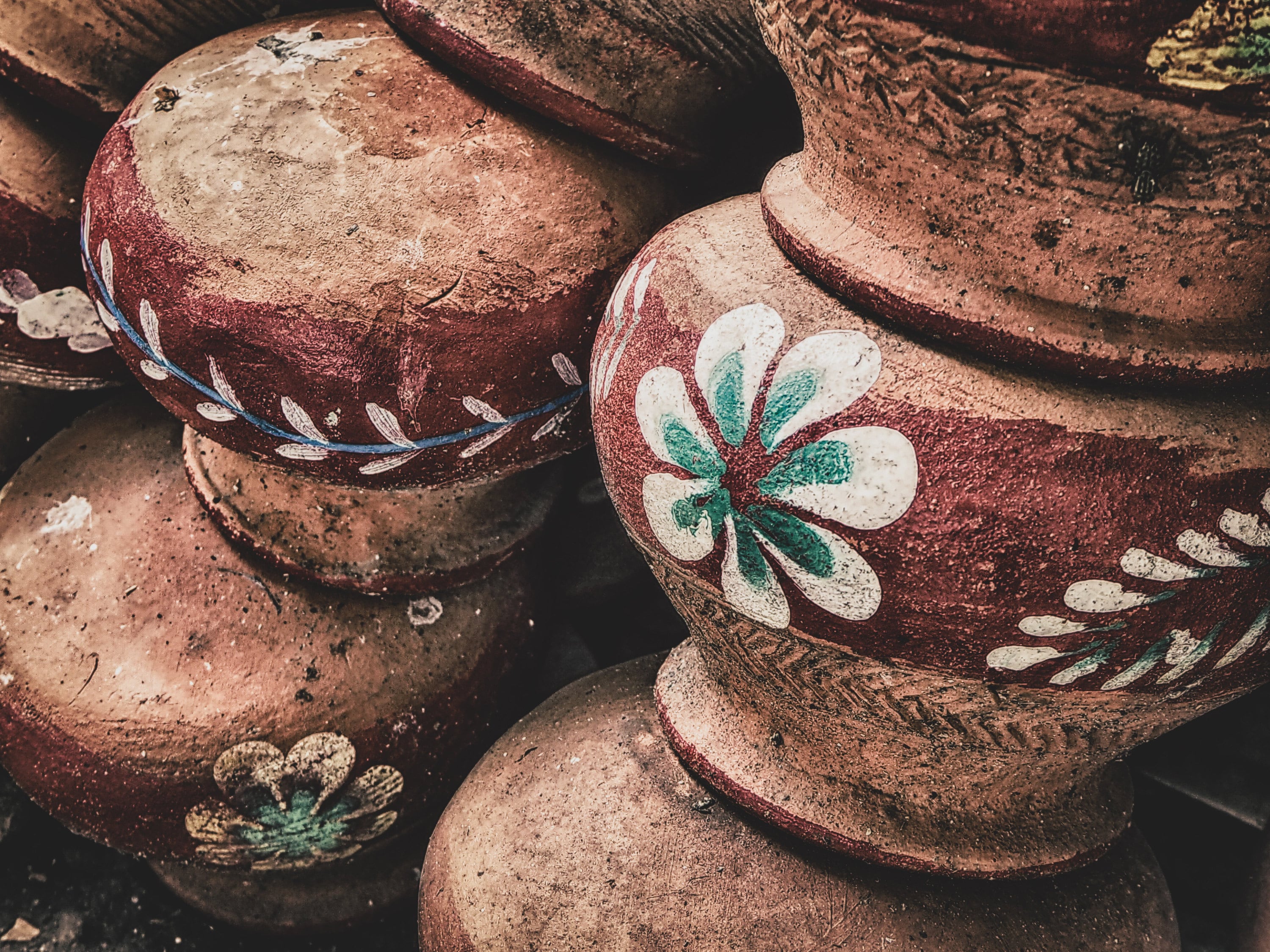 If I look back on my travels over the last 10-15 years I think its pretty safe to say that things for me don’t always go according to plan. And why should this trip be any different? Actually the chaos for this trip started long before I left the country when my return flight home from Bangladesh was cancelled and the booking company expected me to pay for a whole new flight. Um, I think not. Then things seemed to settle down and I was ready to have a stress free holiday. Or so I thought…

On the day I was due to leave the country I had many things to do. I had to pack, I had to vote as there was a federal election happening while I was away, and I had to drop into the doctors to get the results of some tests I had done a few days earlier. Of course the doctor was fully booked but they were happy to give me the results over the counter so I didn’t spend my entire trip wondering if I was dying or not (my imagination tends to err on the ridiculously dramatic side). While I found out I was not actually dying, they did tell me that I had a hernia. Ahh…ok. That explains the constant pain Ive been in. Im sure that traveling for three weeks walking endless miles every day whilst carrying heavy camera equipment probably wasn’t really what I needed. What I did need was some bloody strong pain killers though to get me through but of course the strongest thing the chemist could give me was paracetamol. Sorry but I don’t think Panadol is really going to cut it.

I headed off to the airport and waited for my flight. I was flying from Brisbane to Perth first which was a long flight in itself. Whilst waiting I grabbed myself the obligatory glass of wine from a ridiculously overpriced airport bar and watched the world go by. A group of guys and a woman came and took over the tables next to me. They sat so close that it was hard not to hear their conversations. Like when the woman was telling them all that she had an IQ of an eight year old and that when it comes to dating men she has absolutely no standards. Alrighty then. 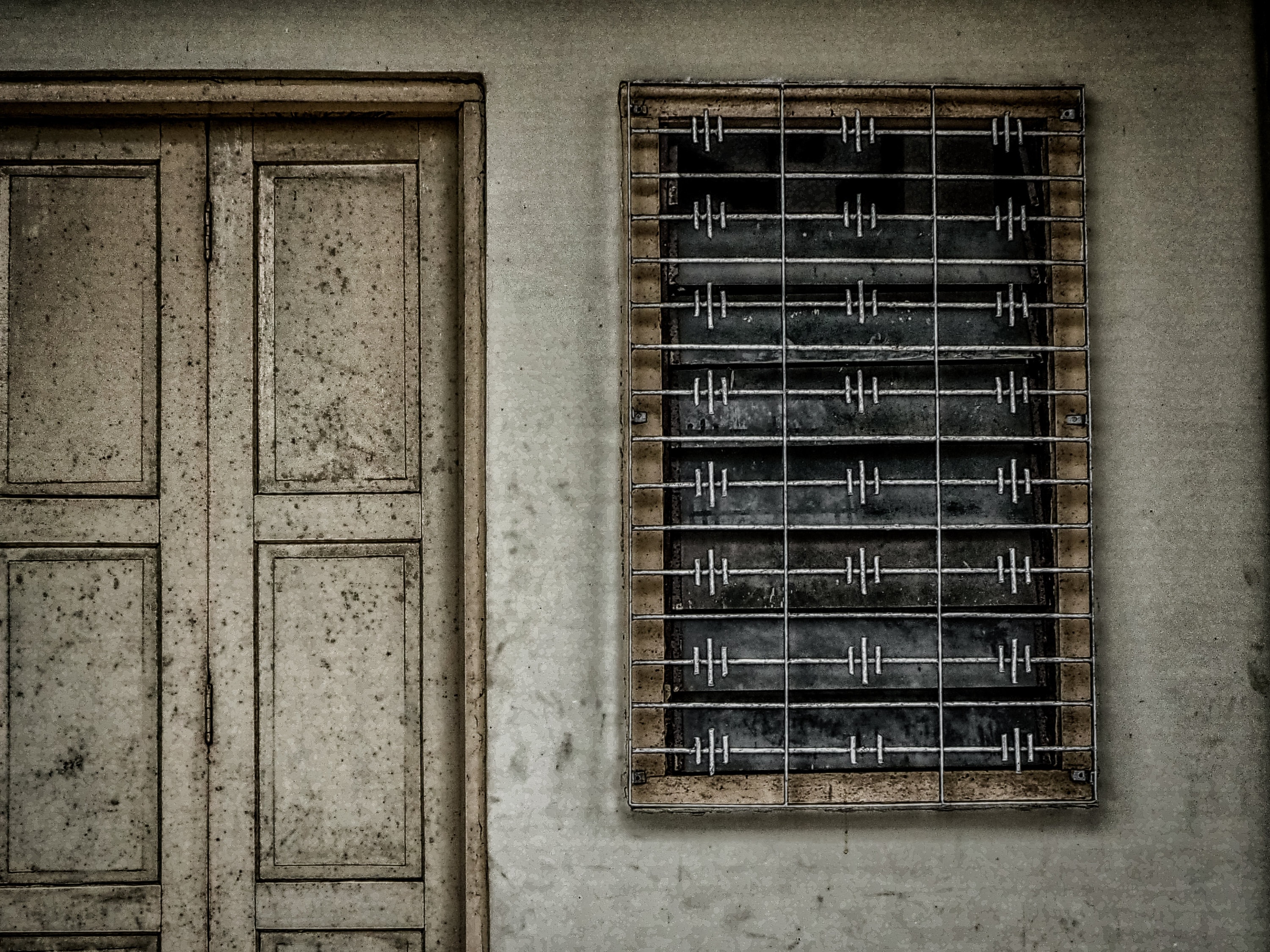 It was time to board the flight and the most strangest thing happened. Everyone got on in a swift and organised manner. There was no being held up in the aisles while people were trying to shove their possibly oversized luggage into the overhead compartments. There was no confusion about seats. There wasn’t even any noise really. Everyone just got on and sat down and literally five minutes after boarding, the doors were closed and we were taking off. During the flight the quietness continued. There was no baby crying. There were no people talking. There were no people wondering up and down the aisles. Not toilet doors slamming nor constant toilet flushing noises. It was if I had somehow been transported to an alternate universe where air travel was streamlined and super organised. I even heard the air stewards whisper in amazement about how this was one of the best flights they’d ever had. As a result of all the quietness - and also having two seats to myself - I managed to get a few hours sleep.

I arrived in Perth and had to collect my luggage and check in for my next flight. Only problem was that flight was 7 hours away. And as it was the middle of the night the airport was basically closed. So I tried the find the most comfortable seat out of a bunch of uncomfortable ones and curled up to go to sleep. One issue though was the air con was set to Antarctic In The Winter mode. So I pulled out my towel and tried to use it as a makeshift blanket which to be honest didn’t really work that well. And then there was the other issue of the constant floor polishing. These polishing machines were ridden up and down the airport for literally hours on end. I almost expected to wake up and see the floor had been polished into oblivion. But despite the cold and the constant noise I managed to doze off for a few hours.

Finally it was time to board my flight to Kuala Lumpur. I got comfy and settled in for another 7 hours on a plane. As I was flying Air Asia, meals were not included. I perused the menu to see what I could buy to eat. I found a Vegetarian Biryani Rice which would have been perfect if it wasn’t served with chicken curry…… I settled on some good old fashioned cup of noodles. I asked the hostess if I could pay with Visa as I didn’t have any cash on me. Of course I could she said. They went and got my noodles and I gave them my card to pay. “You can’t pay with this card” she said. “Er…what? You just said I could”. “No Visa Debit. Must be credit card”. “See Visa Debits are this great new invention where they work just like a credit card” I informed her. Nope, she said I couldn’t use it. Well Im sorry love but I don’t have any cash on me. This is why I specifically asked if I could pay by card. To which you answered yes, I might just point out. “Its ok, just have the noodles”. I thanked her profusely but it would seem as if she had the last laugh because these noodles were spicy. Ridiculously spicy. So spicy that my eyes were watering and my lips had possibly been burnt right off my face. But I persisted and ate them anyway. I didn’t want to offend her any more by not eating the noodles she gave me for free. 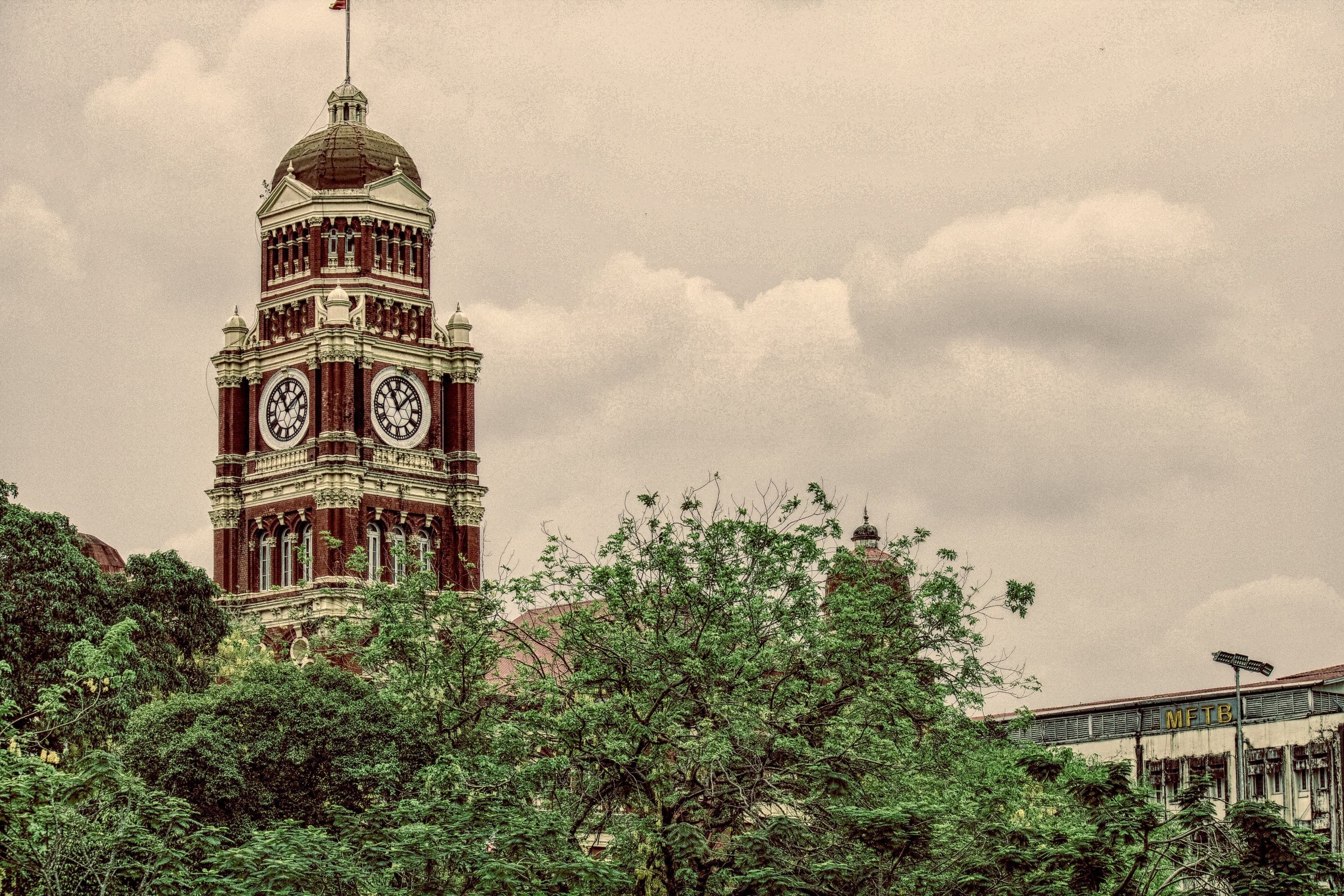 We arrived at Kuala Lumpur and once again I had to collect my bags and recheck in for the next flight. By this stage I was in a fair amount of pain due to my newly acquired hernia. I went looking for a pharmacy. After scouring the airport I finally found one and asked for the strongest pain killers they had. She gave me something Id never heard of before and I was going to pop two straight away but thought maybe I should just go with one. Turns out that was a wise move. As I was sitting at my departure gate it dawned on me that I felt a little bit stoned. Im not sure if they got rid of the pain, but they numbed my mind so much that I didn’t really give a fuck anymore. Should I go to the toilet before I get on the plane? Probably. But I was so numb I couldn’t be bothered getting up. Note to self - its probably not a smart thing to do to walk into a pharmacy in Asia and ask for the strongest pain killers. Another note to self - make sure you get some more on the way home…

I only had a two hour flight to Yangon and at this point in time I could not wait to get there. I was tired, sore and stoned. So of course my flight there was running late. I just wanted to get there goddam it. The plane eventually turned up and we all piled on. I had a window seat and I curled up in a ball and basically fell asleep straight away. I dozed on and off for most of the flight. I watched out the window as we started to descend. We were surround by black storm clouds and there was lightening everywhere. Don’t know about you but Im not so keen to be in the sky while lightening strikes all around. Lets just hurry up and get this plane on the ground. But that was not to be. We flew around in circles in a holding pattern. Ugh..what sort of new fresh hell is this. Just get me off this plane! We flew around and around and around dodging lightening as we went until eventually we just flew off. I watched out the window as Yangon slowly disappeared from my view.

The Captain came on and informed us that we could not land at Yangon due to debris over the runway from a plane crash. We would now be flying to Chiang Mai in Thailand. Well thats just great then. Once we arrived in Thailand I planned to log into the airports free wifi so I could contact my hotel and tell them that I had been delayed. But my plan was thwarted when they wouldn’t let us get off the plane. Great. So we’re just going to sit here on the tarmac then. Yes, apparently we were. I stared out the window at the runway which is quite a boring view after about five minutes. After just over an hour the captain came on and said that we could now go back to Yangon. Alright! Lets get this baby back up in the air. But no, we proceeded to still sit there for nearly another hour. 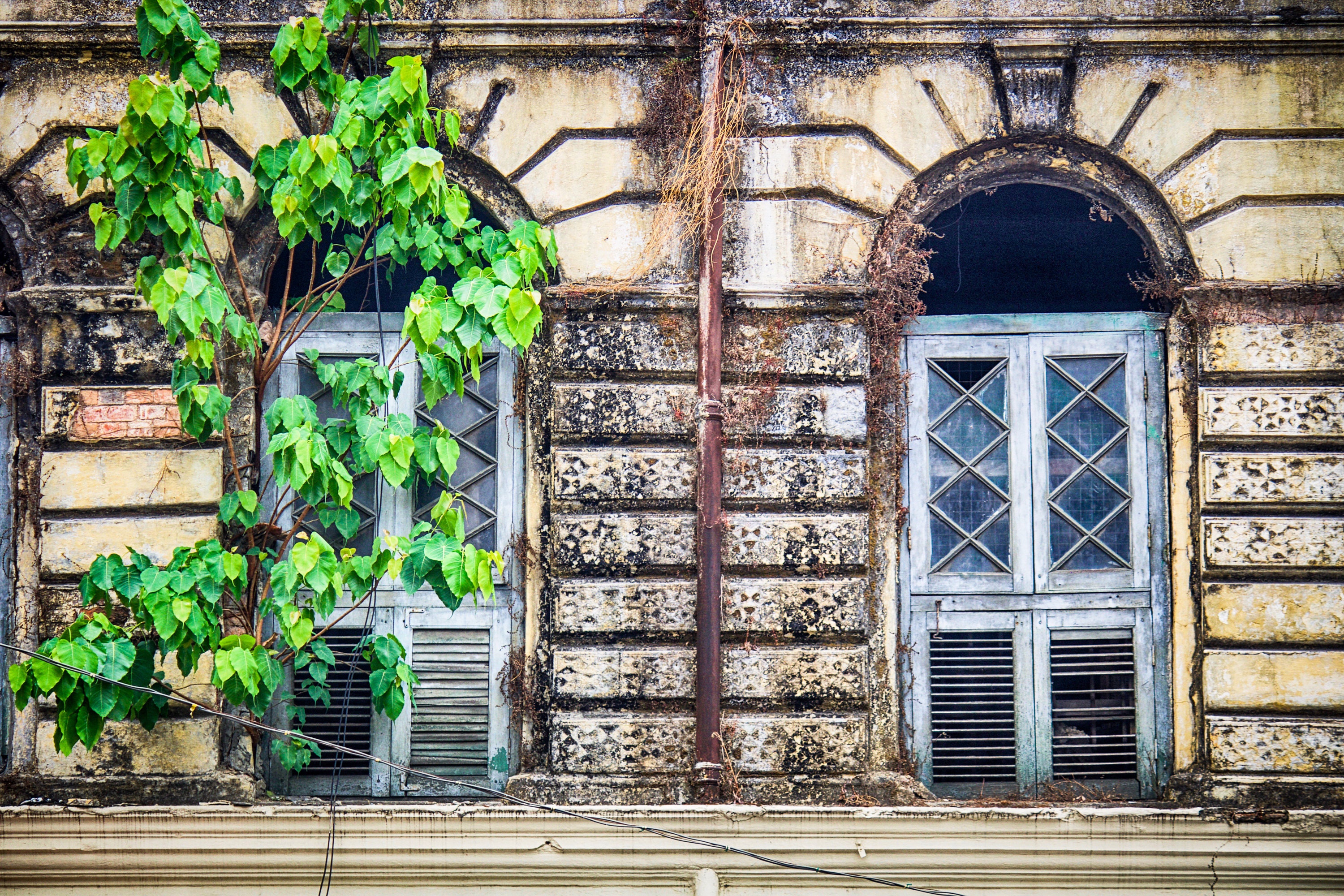 Eventually we took off and started making our way back to Yangon. By the time we arrived and I had cleared immigration and customs it was midnight. I had no idea if the reception at my hotel would even be open. What would I do then? Sleep in the street? At this point I didn’t really care. I was just happy to not be on a plane anymore. I went to the ATM and got some cash and then went and got myself a sim card for my phone. I ordered myself a Grab (like Uber) and finally was on my way to the hotel. Once my phone was working I also noticed I had a message from the hotel. The manager explained that he had heard what had happened at the airport and that he would wait for me to arrive. Bless him.

After about 40 minutes I arrived at the hotel. The entrance was down a dark alleyway but the light shining from the hotel doorway was like a life saving beacon. I didn’t even care that I had to step over a giant rat to enter. I went to check in and all I could think about was sleep but the hotel manager wanted to go over the entire map of Yangon with me to tell me what I could do while Im here. He even went into details such as bus routes and costs. It honestly was going in one ear and out the other. Finally I escaped to my room and just as I was unpacking to find my pj’s the power went out. Fuck it, I just didn’t care. I crawled into bed and slept like a baby….