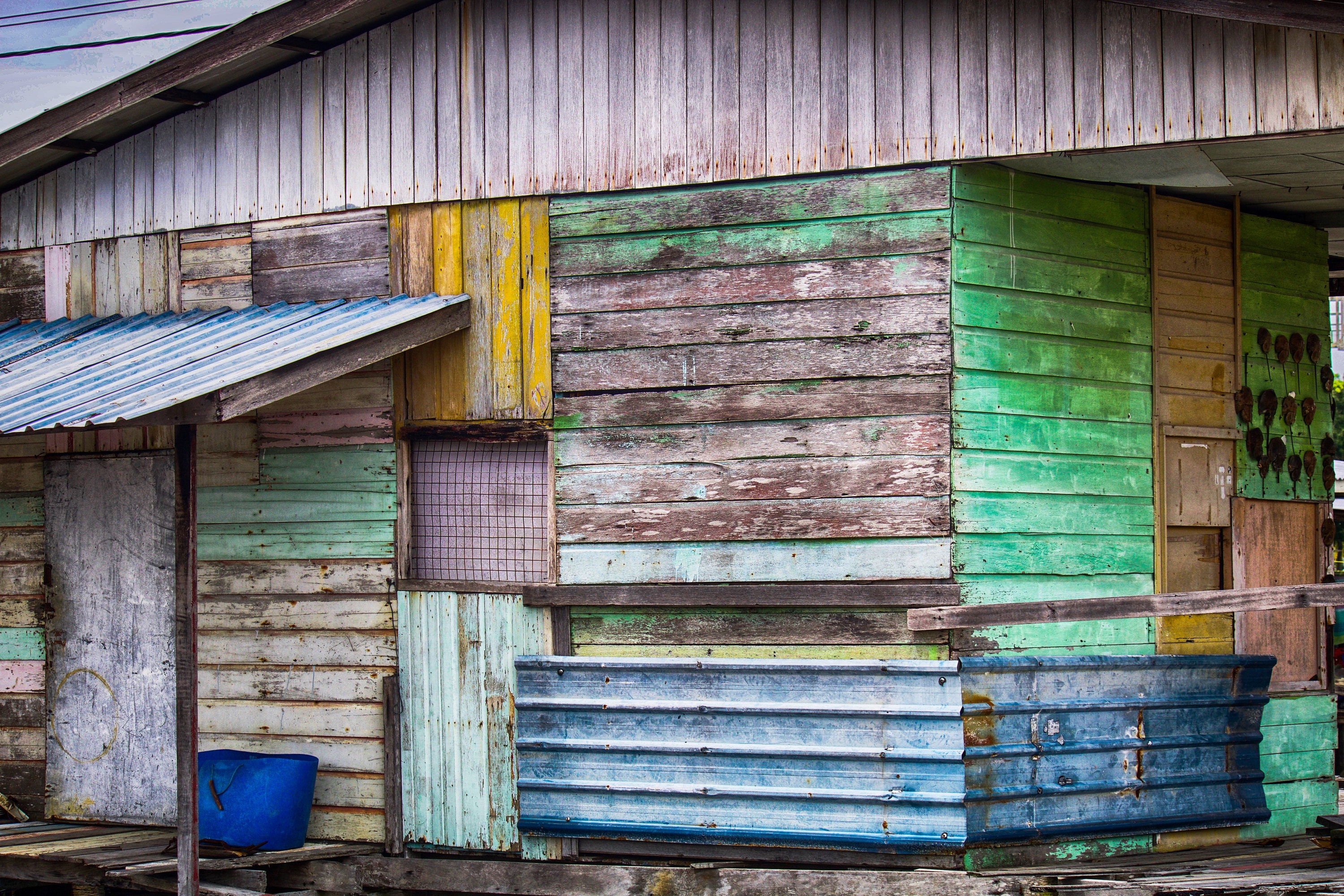 Today my host Maya was taking me hiking up in the Tasek Lama hills. We weren’t going until the afternoon in the hopes that the weather would be a little cooler. So I had the day to lounge about the house and do nothing which I was quite looking forward to. I was joined for breakfast in the morning by the two Korean girls. They were asking me all about my trip and were rather in awe that I was traveling alone. They both said that one day they would like to travel alone too. I assured them that traveling alone was fine and Im sure they could do it while simultaneously having flashbacks to last night where they were too scared about being in a big house by themselves. Maybe solo travel wasn’t for them….

The afternoon came around and Maya came and picked me up. We got stuck in traffic which made us a bit late to our hiking spot. When we did get there, we were joined by about a thousand other people. This was obviously the local exercise spot and once again I was the only Westerner in sight. Loaded up with my backpack full of camera gear we started our way up a steep, winding road. When we got to the top Maya showed me on the map where we were hiking and we started off on the official track. I use the word “track” in it’s broadest possible terms. The path was like one endless washed out landslide. They had obviously tried to repair the track by using sand bags to form some sort of makeshift steps but these were also worn out and were actually quite slippery to stand on. 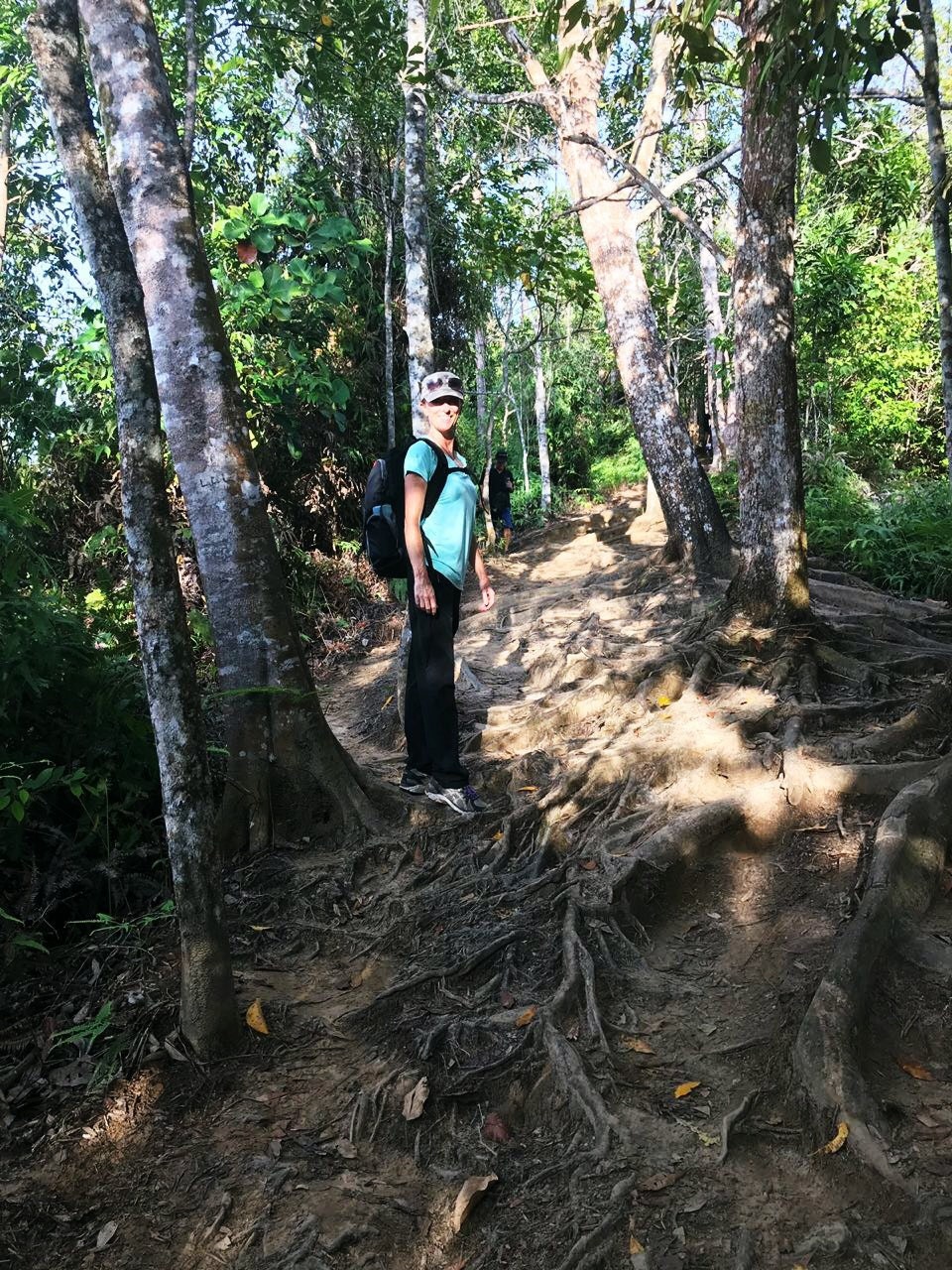 Going up and up.

I was still optimistic though. After all, I had done Mt Everest Base Camp. Surely some little hills in Brunei weren’t going to defeat me. Well the little hills got steeper and steeper until I was having to pull myself up using tree branches or what ever else I could find to grab onto. Huge rocks were used as makeshift steps but were so big that I had trouble getting my little legs up on them. I was starting to wish I had left my camera in the car. The track was so unstable that I had to focus all my energy watching where I was stepping instead of taking photos. And it was getting hot. So. Damn. Hot. I marvelled at all the Brunei women doing this hike in full hijab gear. I mean I had long pants on but at least I could wear a t-shirt and my head wasn’t completely covered. Much respect to these ladies.

We kept on going up and up. The steepness of the hills was now exactly like parts of Everest. The only difference was that instead of lack of oxygen, we had tropical, monsoonal style heat. The sun was bearing down on us and I was soaked from head to toe in sweat. I casually asked Maya if she tried to kill all her house guests by bringing them here. She said she can tell by looking at someone if she thinks they can do this hike. I was flattered that she thought I was fit enough to do it but also cursing her at the same time. Damn my fabulous self for looking so fit.

About half way through the hike, when I was absolutely sure I had sudden onset asthma, Maya rather cheerfully told me that there was only two more hills to do after the one we were on. I smiled enthusiastically but was secretly wanting to punch her in the face. But hell, I had come this far I may as well make it to the end. I kept climbing and climbing, certain that my camera gear now weighed fifty kilos. All I wanted to do at the end of this hike was down about 10 ice cold beers and almost cried when I realised that I was in Brunei and there was no alcohol. Maya said we could get a fresh coconut but sorry thats just not gonna cut it. 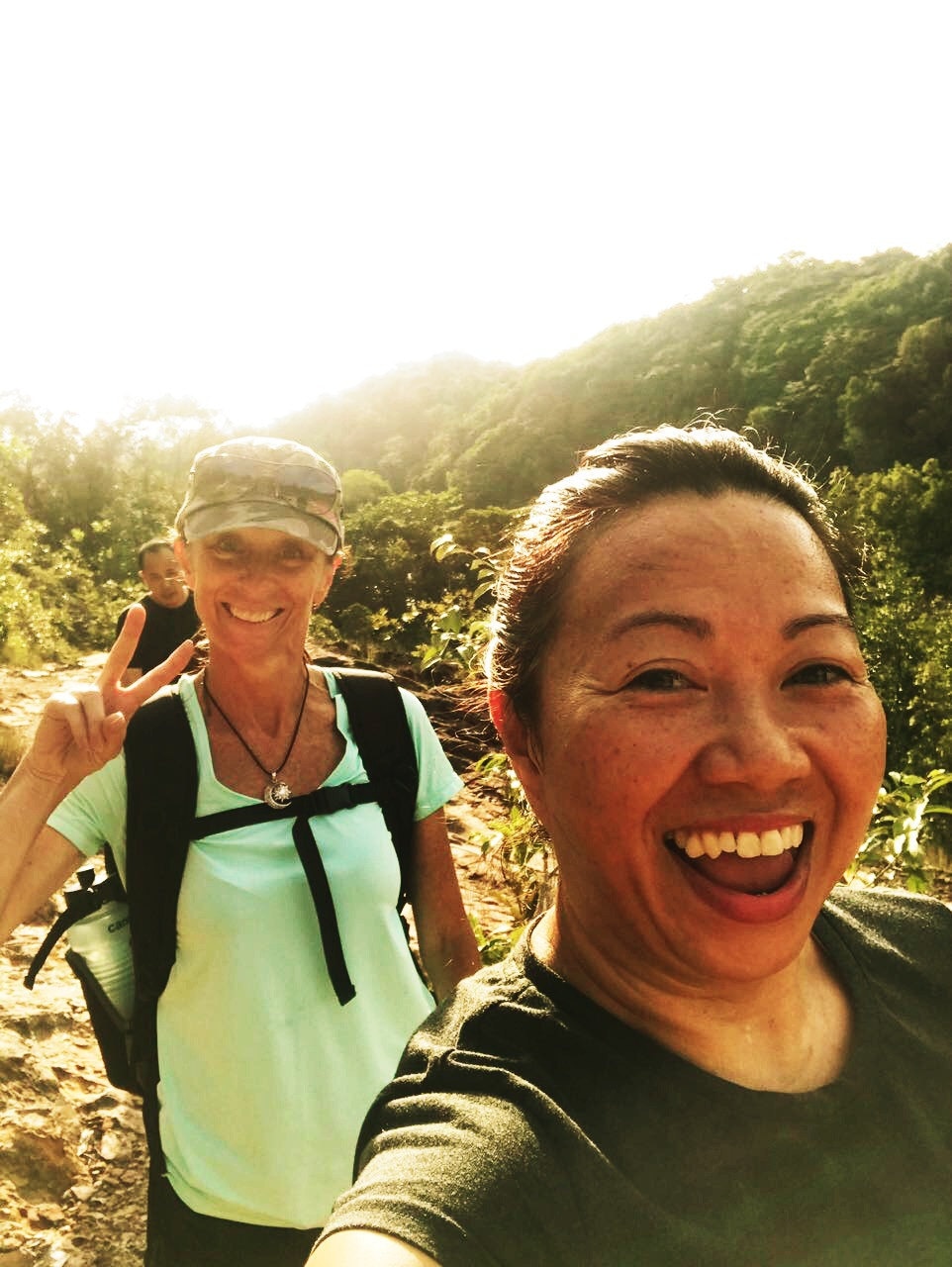 Smiling but totally dying on the inside!

I willed myself to keep going. My legs were like semi set jelly and I wondered how I was standing upright at all. Eventually we made it to the end and I literally did a fist pump with a big (internal) FUCK YEAH! The hike took us two hours and I didn’t take one single photo the entire time. But no pic would have shown just how extreme the track was. We headed back to the house to have showers and get ready as Maya was taking me out to a local restaurant with some of her friends. I wondered if my body would last until the end of the night as I was almost certain that I had well and truly broken it on the hike.

But it did last and we went and had a lovely dinner and I had an experience Ive never had before - going out to dinner without drinking. It seemed weird to only order a Coke with my meal rather than a nice bottle of red. Everyone was so incredibly nice and I was invited to a BBQ the following night which I was looking forward to. After dinner Maya dropped me back off at the house and my entire body fell into the deepest coma like sleep. I was so exhausted but also proud of what I had conquered that day. Yay to me.

Previous Post Brunei - Speaking Englishes..
Next Post Brisbane to Myanmar - Lets Start Off With Straight Up Adventure
0 items in your cart